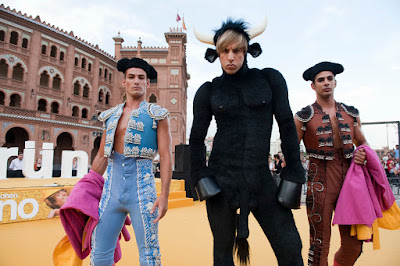 When it comes to picking the year's best screenplays, comedies are usually overlooked in favor of heartrending, cry-till-your-kidneys-burst dramas. Too much value is placed on depth and sobriety that we forget how hard it is to come up with a good punchline. Just when we think all is lost,Brüno sashays into our lives and zaps our inner zen. Kudos to scriptwriters Sacha Baron Cohen, Anthony Hines, Dan Mazer and Jeff Schaffer for making crass, deeply offensive jokes slightly bearable. Here's something to remember them by:
Brüno: "So, you were never gay?"
Pastor Jody Trautwein: "Mm-hm."
Brüno: "It's ironic that you should have amazing blowjob lips."
Pastor Jody Trautwein: "These lips were made to praise Jesus!"

Here are more memorable lines from some of 2009's best written movies. Let's start the year with fun and laughter — and, hopefully, less gas. 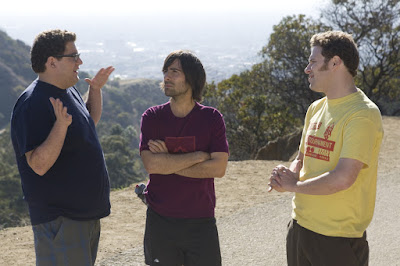 Mark: "When my grandfather died, there was one candle next to his bed. And the candle started flickering. We all thought it was him going to Heaven, you know?"
Leo: "You don't pass through fire to get to Heaven. I think he went to Hell."
—from Funny People (screenplay by Judd Apatow) 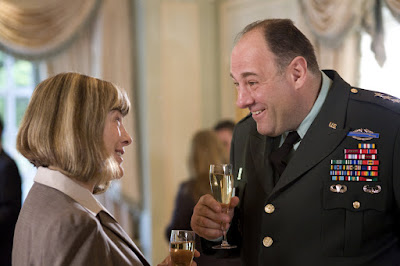 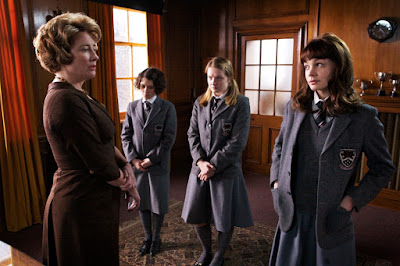 Headmistress: "He's a Jew? You're aware, I take it, that the Jews killed our Lord?"
Jenny: "And you're aware, I suppose, that our Lord was Jewish?"
—from An Education (screenplay by Nick Hornby) 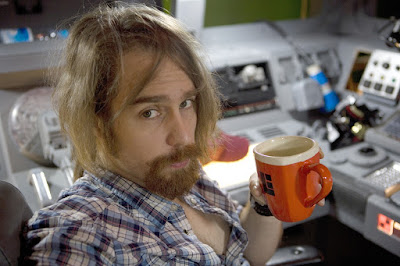 Sam Bell: "You look like a radioactive tampon—like a banana with a yeast infection."
—from Moon (screenplay by Nathan Parker) 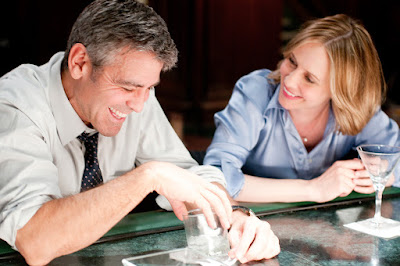 there you go! i was wondering when you were coming out with this post.

and i love up in the air. ang daming winner lines! made me forgive that girl for being on twilight.

totally! i'ma a big perotta fan. i saw it when i was a kid tapos i had to look for it when i was older para maappreciate ko talaga.

ʎonqʎʇıɔ: Acting wise Chris Klein reminds me of Keanu Reeves. He has this "duuuude" look. I mean that in a good way, hehe.

I'm a Perrotta fan too. I have some of his books: Bad Haircut, The Wishbones, Election, Joe College, Little Children and The Abstinence Teacher.

yeah, they could be brothers.

i haven't read a lot of his work but the ones i've read, me likey! little children was quite a surprise since i thoroughly enjoyed the old ending. abstinence teacher was also very enjoyable. i hope they make that a movie too.

ʎonqʎʇıɔ: I haven't read the book when I saw the film version of Perrotta's Little Children. That was good. Wala akong expectations, hehe.

Yung Atonement baligtad. I read the book first, before seeing the movie. Weird, but I like the movie better than the book. McEwan fans will kill me for saying that, hahah

I always enjoy seeing the movie first. I have no qualms with the producers creating the image for me. That way, I never get disappointed.

There is, of course, the case of the devil wears prada. terrible book.

ʎonqʎʇıɔ: I haven't seen The Devil Wears Prada yet. Thanks for the warning :D

I saw the documentary on Anna Wintour, though: The September Issue.

I see no contradiction there. LOL.

VICTOR: Definitely, although the first one could be a prerequisite of the other one :D

I would have to say that my favorite line in An Education is - "...boring! Studying is hard and boring. Teaching is hard and boring. So, what you're telling me is to be bored, and then bored, and finally bored again, but this time for the rest of my life? This whole stupid country is bored! There's no life in it, or color, or fun! It's probably just as well the Russians are going to drop a nuclear bomb on us any day now. So my choice is to do something hard and boring, or to marry my... Jew, and go to Paris and Rome and listen to jazz, and read, and eat good food in nice restaurants, and have fun! It's not enough to educate us anymore Ms. Walters. You've got to tell us why you're doing it."

hello, i hope you can drop me an email regarding to paid posts.. thanks!

i have how to be good
bagay nga sayo yon
hehe