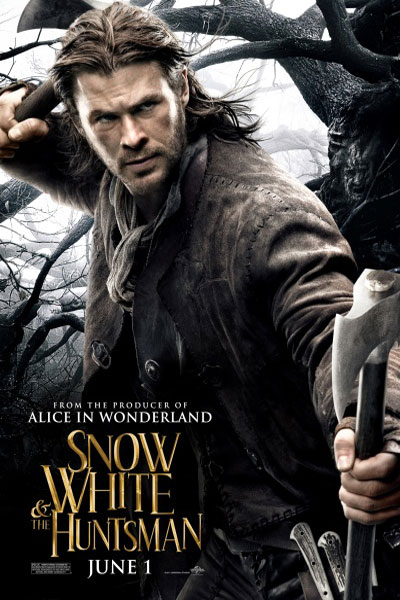 After the less than palatable Mirror Mirror with Julia Roberts comes another retelling of the Brothers Grimm's dark tale. Snow White and the Huntsman is director Rupert Sanders feature debut and it promises to be more sinister than your standard bedtime fairy tale.

The plot sounds familiar, but Theron's icy Queen Ravenna makes braving the long lines and weekend traffic worth it.

A group of scientists comes across an ancient star map leading to what they believe is the genesis of mankind. A thirst for the unknown leads to conflict, bloodshed and unforeseen consequences.

Originally meant as a prequel to Alien (1979), Prometheus evolved into a standalone movie with its own "mythology and ideas."  Interest in the film was bolstered by a marketing campaign that went viral. It also helped that Ridley Scott assembled a fine cast of actors led by Noomi Rapace, a Swedish actress best known as Lisbeth Salander in the original version of The Girl with the Dragon Tattoo (2009). Rapace is joined by Michael Fassbender as David (an android) and Charlize Theron as Meredith Vickers, a shady character the actress describes as "pragmatic" and "suspicious."

Last year, Woody Allen had Owen Wilson (Midnight in Paris) find love and inspiration on the streets of France; now it's Jesse Eisenberg's turn to do so in Rome. Sounds familiar?

Allen is on repeat mode; the day he steers clear of his favored theme of dorks in distress will be a day of fireworks and celebration. His new film for 2013 looks good. There's talk that non-geeks Cate Blanchett and Bradley Cooper are in it.  .
Posted by Visual Velocity at 8:54 AM

in one of the promotional posters, why is Snow White holding a Gondorian shield? Are they implying that Snow White is a descendant of Aragorn and Arwen? haha!

I can't wait for Prometheus! I wish that it were some sort of 'Alien' prequel though. Nevertheless, I'd watch anything by Ridley Scott!

The buzz on Prometheus is good! Try to catch this one when it screens on June 8th! :)