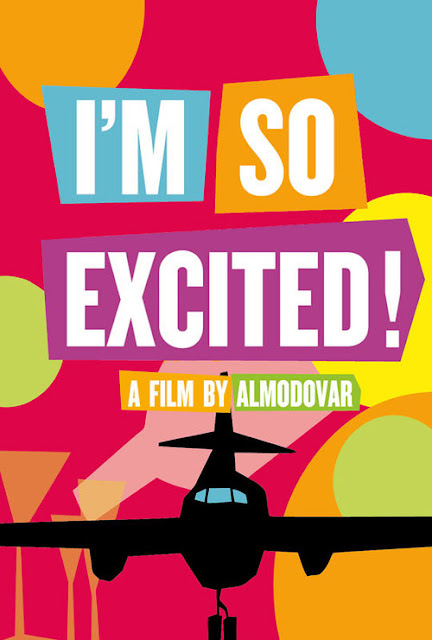 After almost 20 years, Pedro Almodóvar goes back to his roots. His 19th film, Los amantes pasajeros (2013), is as camp as camp can get.

The English title of his new movie is I'm So Excited. The trailer features a trio of flight attendants lip-syncing a Pointer Sisters song.


An Almodóvar film brings about a sense of familiarity. Actors you've previously seen in his early movies somehow resurface in his latest project. For Los amantes pasajeros, there's Cecilia Roth (All About My Mother), Penélope Cruz (Volver) and Antonio Banderas (Tie Me Up! Tie Me Down!).

More than Cruz and Banderas, it's the Pointer Sisters synchronized dancing that got me excited.

_______
Los amantes pasajeros premieres in Spain on March 8th.
Posted by Visual Velocity at 8:45 AM