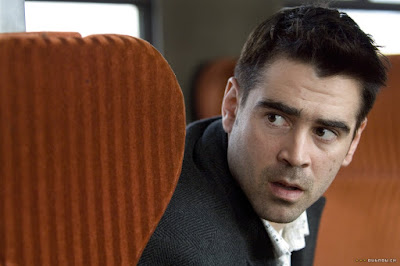 Colin Farrell plays a tormented hitman in Martin McDonagh's In Bruges
Comedies are usually overlooked by the Academy, oftentimes pushed to the sidelines to give way for weepy dramas Kate Winslet and Meryl Streep specialize in. Casualties last year include Happy-Go-Lucky and In Bruges. In the latter, Colin Farrell delivers the goods, shining in the role of Ray, a hitman wracked with guilt and remorse.

"Then try to do something good," replies Ken (Brendan Gleeson), his best pal. "You're not going to bring that boy back, but you might save the next one."

"There's no harm in trying, is there?" she replies. 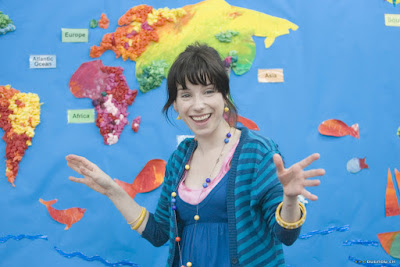 may pelikula pa pala to!

When are these films gonna be screened here sa Pinas? I haven't heard about them, but that could be because I'm too busy with work. hehe

----
Thanks, Andy! Freedom is subjective anyways. But don't try jumping off a cliff (or an office window) just to be free of work. hehe.

looks like a fun movie. sige, aabangan ko to.

by the way, happy dad's day to ur dad and all the dad in the world.

better late than never. i was so busy and wasted yesterday that i haven't got a time to greet my friends here. hope u had a great day . :)

ShatterShards: Oh, I have them all on bootleg. I don't think they'll be screened here in our lovely shores though; no one would watch them, ehehe. I love both films though. =)

PS: I'm at the office right now, staring down our window. =P

Lawstude: Thanks! Happy Father's Day to your dad also! =) I'm wasted too. I slept late watching Fantastic Four: Rise of the Silver Surfer last night. It wasn't that good, but I didn't hate it either. I just wish I didn't stay up late watching it. I just arrived at the office; I'm 1 hour late. Ehehe.

the donG: Yeah, do watch In Bruges! It's a "touristy" kind of film. It was shot in Belgium. Daming beauty shots in the film. I think you'll like this one. =)

In Bruges and Happy Go Lucky are two of my favorite films of 2008. When I saw it early May last year, I said no way it's gonna be unnoticed in the screenplay category. After all, it was written by playwright Martin McDonagh, directing for the first time. Colin was fun to watch, and I agree given the right material, he can emerge into something like what he did with Ray. So is with Sally Hawkins. She was so fun to watch, it's such a shame that she has to make way for Angie in the Best Actress roster. I bet your favorite scene was the last confrontation of Poppy and the character of Eddie Marsan.

jayclops: Yeah, I love the part where Scott pulled Poppy's hair, ehehe. I also love the scene where he kept on saying, "Enraha! Enraha!"

Happy-Go-Lucky is my favorite Mike Leigh film next to Secrets and Lies. It's great that it was nominated for an Oscar in the Best Screenplay category along with In Bruges. I was crushed when Milk won.

You're right, given the right material, Colin delivers. The thing with him is, when he's good, he's really good, but when he's bad, he craps all over the place.

I love Colin in In Bruges. He's also good in A Home at the End of the World.

I'll check this movie out. Looks pretty good by the way you described it.

I don't know what it is with the Academy these days. It is lamentable that comedy movies aren't viewed as having the same "gravitas" as dramas. As a general statement, I'm not too happy with the movies coming out of Hollywood these days. They're just way too commercial and trend-oriented for my taste. As a result, I've been watching more indie movies and also ones from Europe and Asia.

Panaderos: I like indies too better than commercial movies. Our local indie scene is doing really well. I hope you get to watch Jay and Yanggaw.

People are ranting about Transformers. I haven't seen it yet, but based on people's reactions, I don't think I ever will. Ehehe.

I watched Transformers last night. I can't believe I actually lined up before entering the cinema. I dozed off twice while watching the movie. I can't remember the whole thing except nonstop explosions and Shia's incessant stammering.

jayclops: You're the second person who told me he fell asleep watching the Transformers. My officemate had the very same experience. Something's very wrong with that film. I'm very curious about Megan Fox though. I haven't seen her act yet. How was she?

An Optimus Prime decoy is parked near our office. The producers placed it there to attract moviegoers. Bastards.

Megan Fox doesn't need to act. She just needs to show off her cleavage and booty to get us guys going, at least. But alas, the robots get in the way!

same here in Davao. it's actually ridiculous. but never commercially ridiculous though considering the crap people always take nowadays, or as always? hahaha

jayclops: Life will be meaningless without crap. We need people like Michael Bay in our lives. Joke. Ehehe.

Andy: So OT. You and your censored blog entries. What happened to Am story? Hay naku. :p

Thor Bee: It got censored by the MTRCB. Those scumbags, ehehehe. =p

Were you able to read it?

@Andy: No nga eh. Saw the preview on my feed and when I had time to read it, kaput! :( The intro immediately drew me in; liking the flavor of your writing in vignettes. Publish! Publish! Publish! Hehehe.

Thor Bee: It was online for about 2 hours, but then the abominable MTRCB stepped in. Party poopers, ehehehe.