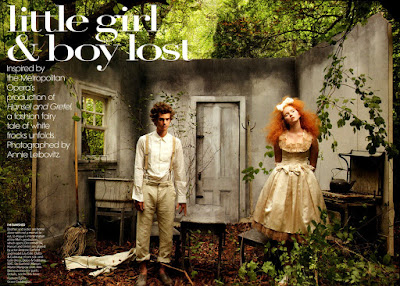 Actor Andrew Garfield and model Lily Cole
Inspired by the Metropolitan Opera's production of Hänsel und Gretel, Vogue Creative Director Grace Coddington and photographer Annie Leibovitz give the classic fairy tale a sublime twist. Hansel and Gretel are no longer children, but adults. The wicked witch, likewise, ages backwards.
These photographs were published in Vogue's December 2009 issue, the year Terry Gilliam's The Imaginarium of Doctor Parnassus was released. Two of Imaginarium's young stars — the eternally boyish Andrew Garfield and the doll-like model, Lily Cole — were cast as Hansel and Gretel.
As for the wicked witch, they got a feisty lady named Lady Gaga. Good choice.
••• 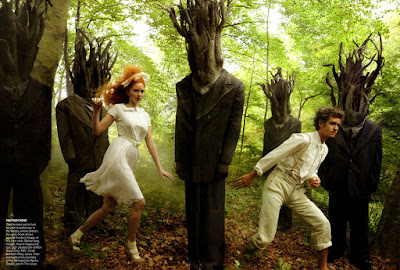 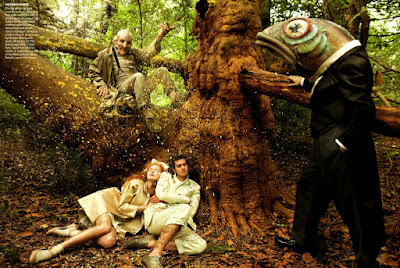 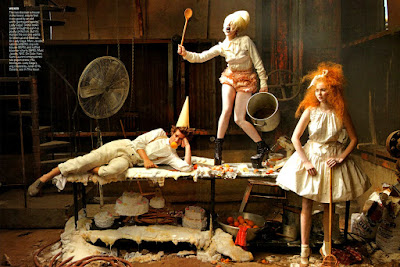 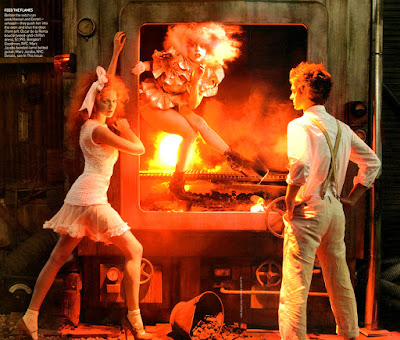 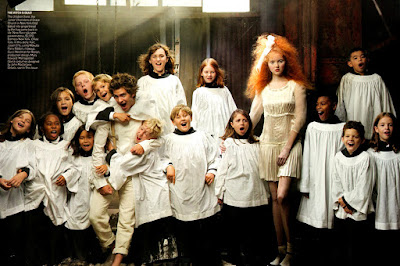 Posted by Visual Velocity at 7:08 AM

saw this on style.com and YES i have the biggest crush on Andrew Garfield. :P

I am so in love with Andew Garfield. I can't believe I didn't recognize him in Imaginarium.. Blame it on Jude Law's receeding hairline. It was all I could focus on.

So freaky it's good.

Amazing! And just like Citybouy, I am very much in love and is having a virtual relationship with Andrew Garfield since "Social Network."

Désolé Boy: I have a copy of Social Network. Haven't seen it yet, though. Heheh

Saw Andrew in Boy A and Imaginarium of Doctor Parnassus. There's this other short film. Forgot the title. I'm getting old. My memory's going bonkers. lol