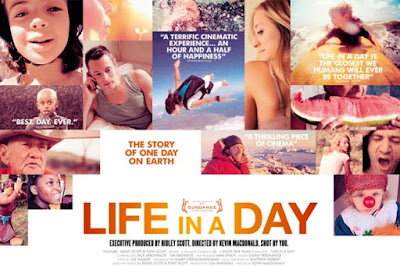 To celebrate its fifth anniversary, youTube asked fans to film a day in their lives. The videos were shot on the same day, July 24, 2010, and they followed the three themes set by the producers: 1. "What's your story?" 2. "What have you got in your pockets?" and 3. "What do you fear?"

Film editor Joe Walker and his team edited 4,500 hours of footage into a two-hour movie. The resulting documentary, directed by Kevin Macdonald (The Last King of Scotland) and produced by Ridley Scott (Alien, Gladiator), is an eye-opener: an amalgam of the hopes, dreams and aspirations of people from the four corners of the world.

Life in a Day is a fitting end (and a great beginning) to a New Year that will, fingers crossed, be better for everybody. 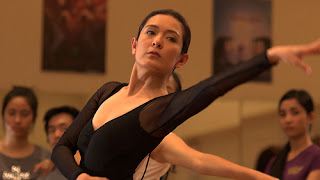 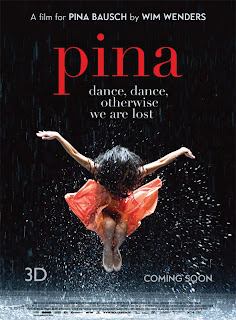 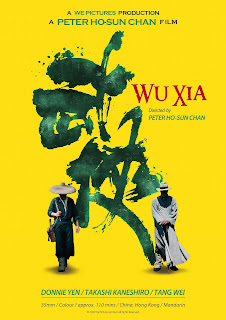 Here's to risque movies, maverick filmmakers and ballsy actors willing to cut their paycheck for independent filmmaking. Bottoms up.
Posted by Visual Velocity at 2:37 AM

I wish you'd see A Separation. It's my pick for Oscar Best Foreign Language Film.

Désolé Boy: Critics have been raving about it. Hope to see it one of these days; can't find a copy yet. I hope it does well at this year's Oscars.

Where can I watch Life in a Day? The premise seems so interesting.

citybuoy: You can watch the entire film sa youTube. The best part is, libre. :D