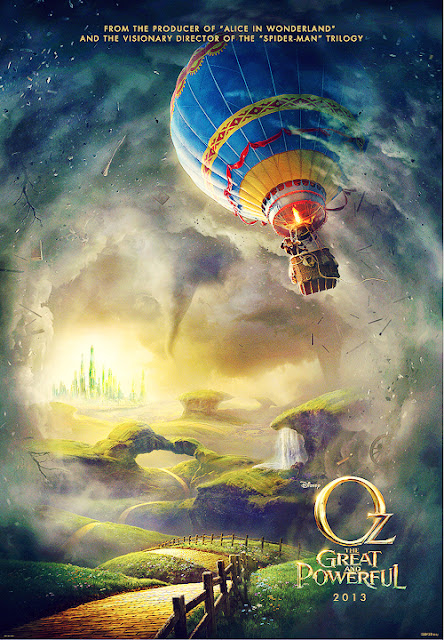 After the fluffy Alice in Wonderland (2010), Disney turns its eyes to the The Wizard of Oz. James Franco stars as Oscar Diggs with Rachel Weisz as the Wicked Witch of the East.

It's going to be one long amusement ride—every bit as fake and CGI-heavy as Alice. Here's hoping Spider-Man director Sam Raimi injects a much needed tonic to Disney's pedestrian. overwrought movie.

this one looks interesting. i will surely watch this movie

Phioxee: I'll watch it if only for Rachel Weisz. :)

♔ıǝɹɯɐı♔: It will be interesting to see the three witches in the film played by Mila Kunis, Rachel Weisz and what's-her-face. Forgot her name, haha

but it looks intersting thou im not big fun of such movie. I will surely watch!